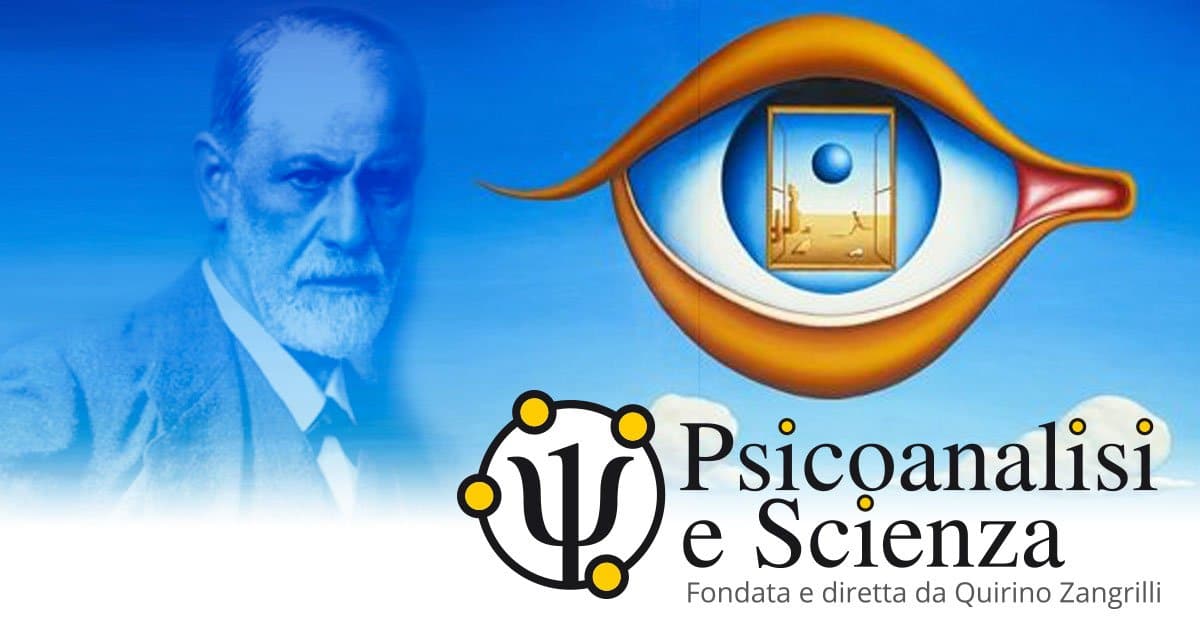 The present article has been published in the “Bollettino dell’Istituto Italiano di Micropsicoanalisi” number 2, the first semester 1986.

It is my intention to expound in this article the empiric proof of the psychosomatic dynamic of the stimulus-answer phantasies which occurs in the maternal-foetal unity during the pregnancy and of its repercussion on the psychic destiny of the newborn. In one of the main hypotheses of “Micropsychoanalysis of The Processes of Transformation” 1

Peluffo sustains that the moments of major tension of the dynamic of the somatopsychic processes are presented again/represented at a psychic level: the energetic surplus is used to give life to the most elementary form of representation, the primary hallucination, which, continuing the tension state, structures itself in a primary phantasy. With regards to the psychic elaboration, the state of disequilibrium constituted by the pregnancy provokes in the mother an oneiric or fantasy experience of bacterial invasion which is non other than a psychic representation of the somatic process: the immune reaction. Furthermore, and this is the hypothesis which is followed and proved here, we can affirm that the vicissitudes of the mother, are not only registered by the foetus, but they also activate within its psyche the insurgence of answer-phantasies which are present in their hereditary potentiality.
The material which I will use is drawn from the micropsychoanalytic work of a 20 year old young man under my clinical observation afflicted by an omnipotence delirious: ” I am one of the first three musicians in the world! I’m letting my limbs grow so as to become much taller: it’s sufficient for me to concentrate in order to obtain this. I can stop my blood circulation; one of these days I’m going to change the colour of my eyes, etc.”
The delirious material collected during the course of the sessions is full of implications and it always recalls important conflictual nuclei.
In a precocious phase of the treatment, I invited the patient’s mother to have various long sessions: in micropsychoanalysis, especially in such severe cases, this procedure is not only possible but also recommendable. In effect, I can tranquilly affirm that it was the material produced by the young man’s mother which illuminated the therapeutic itinerary of the patient in a resolutive manner and with difficulty, in any other way, would the case have had a positive outcome.
Initially, the mother uses the first sessions to speak about the difficulties encountered by her mother during the course of her own pregnancies and of the episodes of physical and sexual violence that her father consumed towards his consort and to which she had assisted directly on many occasions during her infancy (it is obvious that the truthfulness of such recounts or the grade of drama with which they are described, have no importance whatsoever for the analytic work: the reality is always that of the psychic experience and in every human being, behind the memory of a coitus scene, the scenario of the Primal Scene can reverberate in turn tinted by ancestral reminiscences of the mating of the primitive hordes).
Spontaneously, after a few sessions, the lady began speaking about the pregnancy of her son who was now undergoing treatment: “As soon as I got pregnant with this son my tragedy began. There was an incompatibility between the foetus and my neurovegetative system… I was assuming tranquillisers, even though I knew that it could be dangerous for my son. I only ate peaches and drank water. I was wasting away; at a certain point the doctors told me that it would be better to abort! Furthermore, at that time there was the thalidomide scandal and therefore children were continuously being born without limbs… my tummy had reached my bosoms: this baby was enormous! He had hands and feet much longer than normal. The first thing that I asked the obstetric when he was born was: “Is he normal? I mean: does he have hands and feet? It doesn’t matter if he’s beautiful, if it’s a boy or a girl: does my baby have hands and feet?”.

The first thing we can say regarding this material is that the ‘baton’ of the compulsion to repeat is passed from generation to generation. The necessity to avoid or, at least, delay the possible pregnancies already existed for the very mother of the woman who had postponed the moment of her first conception due to an antibiotic therapy.
Even the mother of my patient for a certain period, was forced to avoid pregnancies and when she finally became pregnant, she would live, deep within her unconscious, the gestation as an assault by a creature which grows in a huge proportion inside her, lacerating a (supposedly) scoliotic pelvis and a (supposedly) infantile vagina, therefore moving and damaging organs.

It is evident that the anxious desire-fear of having a fetish-foetus inside her own body, rearranged and malformed, in other words, lacking in limbs and therefore efficiently smaller than a normal foetus, less invasive, less damaging, follows the direction of diminishing the experience of invasion which dominates her.
But which possible psychic repercussions might this activation of images in the gestational involucre have had on the psychic of the unborn?
The first consideration, which is possibly made, is that the central nucleus of the young person’s delirious represents an omnipotent and magical attempt of somatic self-restructuring and physical remodelling. In particular, the delirious attention dwells on the parts of the body which are mainly invested by the maternal phantasies: the limbs and the height. In other terms, the patient elaborates in a delirious manner, the unconscious desire to control and retrospectively change the very foetal development, a traumatic event that he tries to modify using the magical illusion of the compulsion to repeat. In a following session, the young man speaks about the blood circulation arrest again, explicating that it is a defence necessity: “I must make a holy challenge with a Kung-fu Master: my salvation will be to collect all my blood under my armpit in order to protect it and therefore to be less vulnerable”.
The young man intends to defend himself from the aggressor, keeping him distant from his own blood: how can it be possible not to consider that the main biological and genetic switch between the mother and son, happens through the placental intervillous spaces, by means of the blood?
I previously mentioned the ‘baton’ of the compulsion to repeat transmitted from generation to generation. In more correct terms, we could say that some traumatic patterns inserted in the generational Id exist, in other words events of severe energetic disequilibrium, often sustained by a somatic constitutional base, which present themselves again from generation to generation and from pregnancy to pregnancy, influence the individual ontogenesis and the structuring of the psychism.
At the same time we can hypothesise the existence of a defence and regulation system which runs along the generational lines and which we can define the “Generational or Genealogical Ego”. It is from the contact and interaction of this rudimental pre-natal Ego and from the psychic ground inherited with “traumatic phylogenetic patterns” that will trigger a somatopsychic elaboration of the conflict which is more or less pathogenic.
The ontogenetic vicissitudes have the possibility of fixing, strengthening or defusing (when possible) the structuring of a conflict which, we must remember, runs along genetic tracks.
Finally, important traumas of the intrauterine life, encountering a hypersensitive psychic phylogenetic ground, provoke a pathological development of the psychism, in such a manner that the internal reality is inextricably confused with the external one and the night’s residues of the oneiric activity, which is even the most efficient mechanism that man has for neutralising his own somatopsychic tension are not, using Silvio Fanti’s terminology 2 , sufficiently dreamed-off. 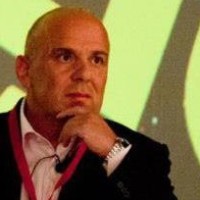 Doctor Quirino Zangrilli was born in Fiuggi in 1955. Graduated with honours in Medicine and Surgery in 1980, he practices Psychoanalysis, with intensive method, since 1982. He is author of 63 scientific pubblications. He has attended as speaker or president of session to many national and international scientific Conventions. His book “La vita:involucro vuoto” (Life: empty involucre), published by Borla in 1993, has been in use by the Chair of Dynamic Psychology at Turin’s University since 1994. He is the author and founder of the multimedia review “Psicoanalisi e Scienza” (Psychoanalysis and Science), the most read Italian on line review of psychoanalysis. He is member of the “Società Italiana di Omeopatia e Medicina Integrata” (Italian Society of Homeopathy and Integrated Medicine). In 2012 he participated as a Speaker at the Scientific Festival of BergamoScienza. In 2013 he illustrated his research on the maternal-fetal interaction in the Special Session of the XI World Congress of Perinatal Medicine in Moscow with his relation “Intrauterine Imprinting”

Doctor Quirino Zangrilli was born in Fiuggi in 1955. Graduated with honours in Medicine and Surgery in 1980, he practices Psychoanalysis, with intensive method, since 1982. He is author of 63 scientific pubblications. He has attended as speaker or president of session to many national and international scientific Conventions. His book “La vita:involucro vuoto” (Life: empty involucre), published by Borla in 1993, has been in use by the Chair of Dynamic Psychology at Turin’s University since 1994. He is the author and founder of the multimedia review “Psicoanalisi e Scienza” (Psychoanalysis and Science), the most read Italian on line review of psychoanalysis. He is member of the “Società Italiana di Omeopatia e Medicina Integrata” (Italian Society of Homeopathy and Integrated Medicine). In 2012 he participated as a Speaker at the Scientific Festival of BergamoScienza. In 2013 he illustrated his research on the maternal-fetal interaction in the Special Session of the XI World Congress of Perinatal Medicine in Moscow with his relation “Intrauterine Imprinting”