Because of his job, a psychoanalyst comes into continuous contact with human suffering. The sincerity that necessarily forms the basis of analytical communication – and that deepens as the session time is extended – constitutes a privileged observatory that allows him to register what is most intimate and true in the human mind. During 25 years of work in which I have listened to people of all ages and social classes and both sexes, I have noticed, apart from the complex game of individual deep conflicts, a progressive cry of pain arising from the social body.

The people who attend are impotent, stunned and wounded by the break-up of their beloved country: a new Middle Ages is looming.

Anyone who regards speech and reality as his tools cannot avoid reaching conclusions: circumlocutions only make ideas lose strength and truth. I will simply expose what every honest Italian can see in front of his or her eyes every day.

Today, the majority of Italians, unfortunately, are criminals. There is a hard core of authentic criminals, with personality structures that would make them like this whatever social system or historical context they lived in. But many people, against their will, are being forced to violate the law, at all levels – because the State effectively does not exist, neither does justice, guardianship of rights is lacking, and a jungle atmosphere oppresses our country. They break the law in self-defence and to survive.

A country where dozens of criminals, who have been sentenced guilty, sit in parliament cannot be defined as a civilised one.

A consistent minority of Italians remain honest: their suffering, at this time, is intense. They live in a world that they abhor, where the values to which they are attuned – honesty, competence, meritocracy, seriousness, precision, cleanliness, respect – carry no weight. On the contrary, they are seen as poor deluded creatures, to be derided.

The politicians – apart from an uninfluential, although consistent, minority of ‘gentlemen’ – are all the same: adventurers who have reached the top of the country’s administration to look after their own, and their family’s business. Ideological differences are a smokescreen behind which cross-party lobbies move so that they can exchange favours. Since the 1990s, Italy has no longer been an industrial country. The ‘powers that be’ here are a narrow group of men from the world of high finance, as it were, who sit on the boards of directors of the big companies and Italian banking groups, and manage a cascade of money that does not stem from the production of goods, but from huge financial speculations.

In Italy, despite appearances, a Soviet-style social system is actually in force: all are equal, regardless of competence and value. The least talented people are safeguarded and protected, since the powerful need to surround themselves with mediocre yes-men who can carry out, without criticism, the various foul deeds that we can see any morning that we leaf through a newspaper. People of value, meanwhile, are methodically destroyed as they represent the cause of the scandal.

Consumers have no protection. The main services operate under a monopoly, and none of the rulers, despite false protestations of liberalism, has ever really thought of opening up the market. What is certain, though, is that the ‘powers that be’ in this country don’t themselves frequent areas that are in the hands of savage criminals and don’t go to beaches that have been reduced to piles of rubbish. They don’t send their children to schools where the competent teachers can be intimidated by the parents of suburban barbarians, and where ignorant ‘pseudo-teachers’ make a career for themselves. They are not forced to use hospitals reduced to leper centres, managed by demotivated doctors who can use only prearranged and limited budgets while a flood of money is squandered on buying a facade that aims only to feed profit-making suppliers. They don’t travel on stinking trains that are always delayed, they have no problems with telephone or internet connections, and so on.

The Italian university chairs, where the country’s wise men should be sitting – those who preserve, look after and increase knowledge, the greatest good of humanity – are increasingly occupied by friends of friends, people with no academic title who have the single merit of being someone’s son or brother. Meanwhile, these ignorant ‘barons’ exploit thousands of brilliant researchers, paid less than a dustman. These researchers will eventually be forced to leave the field just in order to survive, accepting underpaid work that has little or nothing to do with the dream for which they have sacrificed their youth.

The true scientists are forced to spend most of their time and energy begging ever more desperately for ever more hard-to-obtain loans for their research, while the fee to sign a television entertainer, who is often semi-literate, would be enough to pay the salaries of entire departments.

The ‘powers that be’ in Italy understand that social insecurity is the guardian of their throne. If citizens are spending 90% of their energies on trying to survive, they cannot even imagine that a different world might exist.

So if most Italians, in order to survive, are being forced to commit offences, it’s not surprising that the mass media have become the cradles of criminals. The first impulse of television commentators is to present the extenuating circumstances and the most unlikely justifications for criminals. By identifying with those who offend, they unconsciously develop a liking for thieves, con-men, fools, rapists and murderers. Conversely, honest people become unpleasant, since they represent a bothersome and inconvenient touchstone.

State television is obscene: the level of programming is kept low on purpose to preserve the extreme ignorance of the average Italian and to inculcate consumerism of useless goods, a pseudo-affirmation of the status symbol, in the viewer. Public television, which should be supporting and protecting culture, knowledge, science, intelligent entertainment and the arts, is an indecent package for sleazy characters, perverts, and ignorant people who serve only to pass off deviant behaviours as normal.

The true media stars are savage murderers and con-men. The honest worker, the hygienic housewife, the loving mother, the studious young person, the researcher who devotes his or her existence to knowledge, the genuine, profound and virtuoso artist, find no audience. They have disappeared from the world of the media. And since the world is increasingly becoming virtual, their values will be lost. Twilight is progressing towards the darkness of irrationalism, animism and superstition.

As Professor Bellone, editor of ‘Le Scienze’, stressed in an insightful leader article:

‘The models of mass behaviour that television channels prefer centre on populist forms of simple careerism, cunning tricks, lack of culture and care: the exact opposite of what a people should possess to move towards “the knowledge society”.’

I do not believe there is any hope of changing this situation: the barbarification of the social body has gone beyond the safety level. And I believe that, owing to repetition compulsion, the prospect is one of two scenarios: either the total break-up of the social body and the drifting into a Latin American situation, or the creation of a pre-coup d’etat situation. The first paranoid leading figure to appear on stage could achieve sensational success.

Perhaps one hope would be creating a chain of honest people – by honest, I mean human beings who are aware that unconsciously we are all potentially dishonest, but whose ego is endowed with the tools that constantly allow them to face their animal drives, and who also have a natural tendency towards knowledge.

To look for each other, to talk, to exchange information and comfort among the people who remain, obstinately, anchored to the values of civilisation; to build hermitages of communication; from which, through the darkness of the new Middle Ages, the light of science, honesty, and solidarity will still shine. 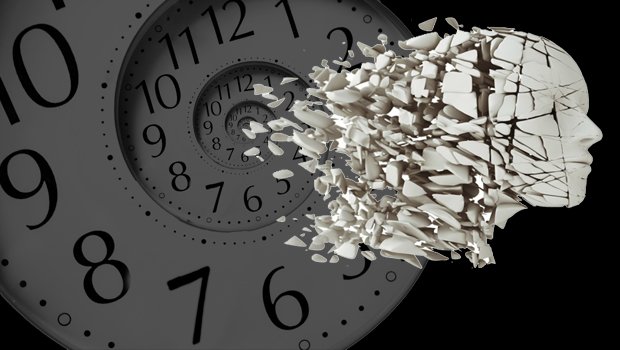 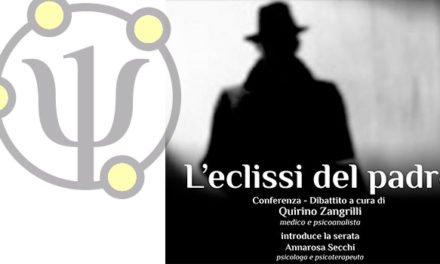