The drive for mastery is one of the least defined in psychoanalysis. As we can read in the Laplanche-Pontalis manual it is a “term occasionally used by Freud in a way that cannot be coded with precision”. 1

Freud, in several works (Three Essays on the Theory of Sexuality, 1905 – The Disposition to the Obsessional Neurosis, 1913 – Instincts and Their Vicissitudes, 1915) seems to intend with this term a non-sexual drive, which only in a second moment joins itself to the sexuality and which has, as the ultimate aim, the domination of the object by force. To gain an idea of what we are talking about we can to refer to those games, frequently used in infancy, in which the child dominates with force small animals (ants, worms, lizards, kittens, butterflies, etc.) impeding their movement and subduing them to his own will. The child enjoys having total control of the object, which is reduced to a mere thing, at his mercy.
This specific drive can take different directions: it can bind to the sexuality, colouring its activity (sadism); it can encounter processes of sublimation (combating sports); it can weaken itself up to leaving only the vestigiality or even fix itself in a strong way and imprint the sexual-aggressiveness and the character of the person.

I believe that, in this last case, in the female sex, when the pleasure of dominating the object becomes exclusive, such a situation plays a decisive role, not yet well known in frigidity. I’m not talking about the complete frigidity, which, as it is known, implies a total sexual anaesthesia, absence of sexual interest, vaginism, with or without dyspareunia (the women who suffer from these symptoms usually tolerate a sexual rapport only if they are forced by their partners) but to the so-called relative frigidity. In the latter case we have vaginal hypo-aesthesia with erogenous sensitiveness limited to the clitoris zone; sudden and brusque interruption of the sexual excitement immediately before the orgasm, even if the sexual rapport does not seem unpleasant.
The women who present this type of anorgasmic frigidity seem to be insatiable in their sexual needs and if they overcome their superegoic inhibitions, they can pass from one partner to another with the hope, alas in vain! that a new experience will bring the longed for orgasm. In rare cases the vaginal orgasm is reached exclusively in relation to determinate fantasies that assume the aspects of the compulsion, of rape, beating or violence.

In “The Disposition to the Obsessional Neurosis” (1913) Freud speaks about the drive for mastery related to the dual relation activity-passivity. He affirms that, while the passivity is often sustained by anal erotism, “… the activity is due to the drive for mastery in general, the drive which we specify with the name of ‘sadism’ when we find it at the service of the sexual drive”. Freud, in the “Three Essays on the Theory of Sexuality” indicates the musculature as the support of the drive for mastery and in fact, I have personally verified, in many women who presented relative frigidity, a marked inclination towards sporting activities, which become eroticized and finalized to the discharge, even if partial, of the sexual-aggressive accumulation. The drive for mastery in the child does not have the original aim of the sufferance towards others (as, on the other hand, occurs in sadism); it simply does not consider it (we find ourselves in a phase prior to pity, prior to the necessary and preliminary sense of guilt and prior to sadism).
The child simply draws pleasure from the perception of the domination of the object (pleasure through narcissistic safeguard) and from phantasies of annihilation of it (reduction to an unanimated thing).
I hypothesize that an important fixation to these modalities of drive satisfaction can determine an impossibility of passive relaxation, due to maintaining the activity and the attention of the domination, ‘conditio sine qua non’ (condition without which) it’s impossible to reach the orgasm.

I assume that it goes without saying for the other important notions linked to the genesis of the frigidity (incestuous connotation of the sexual act, homosexual latent drives, urging sexual-aggressive blend). In this article, I would like to refer to what I define as “Circe’s syndrome”, so frequent in a certain psychological type of contemporary woman.
Circe, daughter of Helios and Perse, a witch gifted with extraordinary powers, gained pleasure from attracting human beings with her beauty, who she then transformed into animals subjugated by her will.
I have followed several women in psychoanalysis, who I can refer to this psychological type and all of them complained of a substantial impossibility of reaching orgasm. They predominantly enjoyed clitoral stimulation, often in a dominant position toward the male, gained through friction but without reaching the final orgasm.
Attractive women, persuasive like mermaids, quick of the mark and physically toned, as is fashionable nowadays.
In each case, the psychoanalysis has brought to light an incessant phantasmatic activity of domination of the male. The central phantasy consisted in obscuring the partner’s will with their own beauty and their erotic capabilities, with the aim of “making him crazy with desire to the point of losing his mind”, and reduce him to an animal in their own hands. Women in perennial activity without the possibility of feeling the passiveness necessary for relaxing, the prerequisite for abandoning themselves to the unknown plunge of pleasure, where every form of control is annulled. 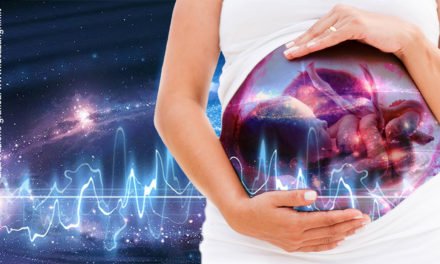 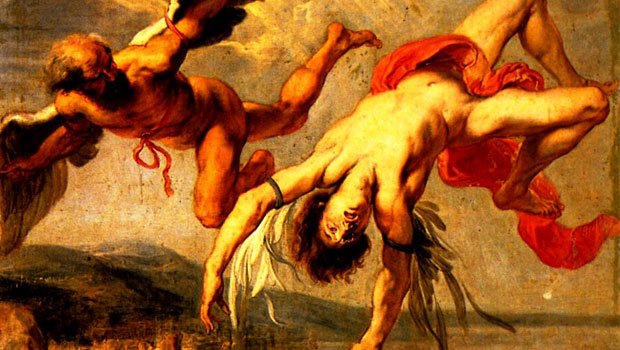 The intrauterine war: The hypotheses of micropsychoanalysis are confirmed by the evolutionary biology