Person-Centered Approach in the Medicine of Organ Transplants

Organ transplants relative to the serious pathologies of many organs have already been part of the clinical practise for the past ten years. They form the extreme hope of saving a life and allowing the patient to return to a relatively normal existence. The progress in science and in medical technology has been imposing but many difficulties still remain which limit the amount of transplants performed and the positive results of the operations which are already numerous. As well as the insufficient quantity of organs from corpses or living donors, an important difficulty arises from the management of a transplant from a point of view which is still, in some hospital realities, to sum up, exclusively that of the doctor even though the medical team are completely aware of the strong unitary nature of the transplant patient, in other words, of the extremely close interaction between the mind and body. In the last years, however, we have assisted a gradual and ever major interaction between the medical and psychological disciplines, from the moment that we make the fundamental assumption of the mind-body unity. It is now, in fact, a scientifically acquired and consolidated reality that the psychological support given to the patient in all the phases of transplant, helping him/her to accept his/her own condition and strengthening the determination to undertake the operation enables the patient to adopt the behaviour necessary which favours the therapeutic surgery; it has been hypothesized by an ever growing number of authors that accepting the transplanted organ can considerably reduce the risk of rejection. 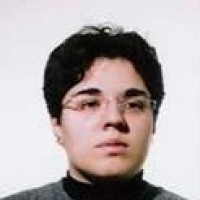